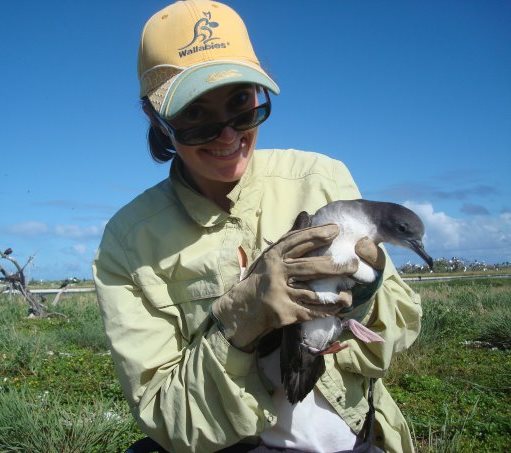 The Society for Conservation Biology Oceania Conference (SCBO 2016) this year, which was themed “Science meets action, water meets land”, drew people from across the Pacific region to Brisbane to network and take part in workshops, talks, and field trips from 4-10 July 2016.

Our QUT Ecoacoustics research group was well represented with talks by given by two local lab members and one collaborator from the United States.

Jessie Cappadonna, a PhD student with our lab, shared with attendees her findings to date regarding the state of citizen science in Australia. Jess postulated that citizen science is here to say,though there are many things we can all do to increase rigour of existing and future projects. She discussed issues she commonly encounters with projects in Australia such as those associated with data, communications, scientific outputs, and more. Jess also suggested that citizens can be engaged with scientific research in far more ways than simply sharing observations of nature. With some creativity citizen science can expand into a broader range of sciences that impact conservation biology beyond direct biodiversity monitoring. Jess ended by prompting attendees to share projects and updates across the community, and also mentioned the recently formed Australian Citizen Science Association.

If you know of a project or have a project update, Jess also welcomes you to let her know via twitter!

Dr Zuzana Burivalova attended from Princeton, New Jersey, USA, and she collaborates with our lab and Eddie Game, The Nature Conservancy’s Lead Scientist for the Asia Pacific Region. Zuzanna described that animals often communicate in predictable patterns, which likely maximizes the potential of all species being heard. When all environmental sounds are taken together it is often referred to as a soundscape. Zuzanna’s research aims to understand how the soundscape of Papua New Guinea tropics are influenced by human practices such as hunting and farming. Preliminary results reveal that human activity corresponds to a lower level of soundscape saturation, and such changes in environmental acoustics likely indicates shifts in biodiversity. For more on Zuzanna’s research visit her website.

Do you use twitter? If so, you can find more about the conference using the #SCBO2016 hashtag.